With an Original Score, I Thee Wed 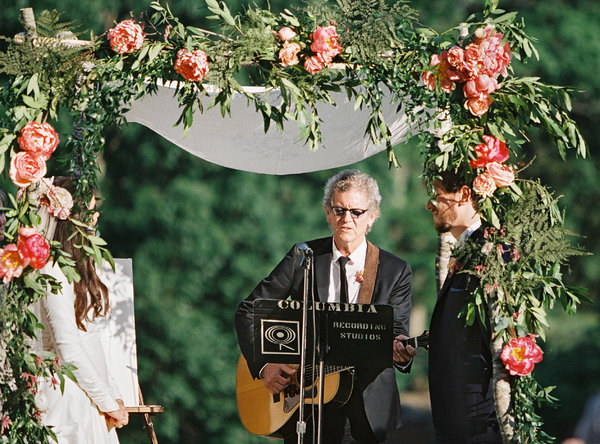 …But you needn’t be a musician marrying into an august musical family to have songs composed or customized for a particular wedding. A Google search reveals numerous songwriters and musical groups offering to write music specifically for a couple’s nuptials.

“I’ve definitely seen an increase of couples doing it, as well as vendors offering it as a service,” said Ariel Meadow Stallings, the founder and publisher of Offbeat Bride, a wedding blog. Taking on these songwriting commissions, she said, is also proving to be a boon for musicians, who are often struggling financially.

Those who have commissioned original music and those who create it say that what most want from original music is something around which their families can coalesce. “It’s an opportunity to create a piece of art that can be part of the family legacy,” Ms. Stallings said. “Almost a musical heirloom.”